Craig Laundy wants to combat opinions about Muslims in Australia

Now this is Embarrassing for a country.

Talk about a low point, with so much talent on the back bench, Malcolm Turnbull made the decision to elevate a low life, apologist for Islamic extremism to the executive ranks of the Australian Government as a Ministerial Secretary.

Without wanting to be insulting at all, this action by the Australian Prime Minister has to be the political equivalent of dropping a ladder down the political sewer in the hope that whatever buck-toothed, mat-haired, flea-infested, butt-opened rat that might be desperate enough to clamber up will perform some trick to placate  your cultivated lefty progressive media audience and appease Islamic Extremism in a way that appointing Ministers and Ministerial Secretaries who actually have some experience, ability, talent and nous might not.

New assistant minister for multiculturalism Craig Laundy says most inflammatory opinions about Islam and Muslims came from people who were “not well informed”. 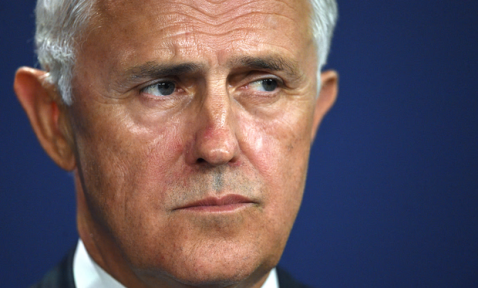 Ethnic and religious leaders have reported increased tension in recent months amid the rise of Islamic State and calls from political leaders such as Tony Abbott for a “reformation” of Islam.

Mr Laundy, a former publican from Sydney’s culturally diverse inner-west, said the vast majority of inflammatory opinions about Islam and Muslims came from people who were “not well informed” and their views were “wrong”.

Although he acknowledged greater “tension” in the community following recent terrorist attacks, Mr Laundy said Australians should “come together in times of challenge, not fall apart”.

“People that dive into this debate and say controversial things, I would argue, the vast majority are speaking from a position that is not well informed,” Mr Laundy told ABC Radio. 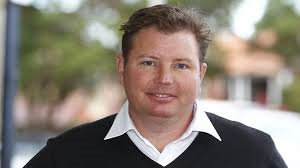 “My job … is to enter the debate, knowing the background and the community, engaging and explaining to Australia the challenges that these communities actually face.

Mr Laundy said Australian Muslims were “not scared” about debating how their religious practices integrated with the Australian way of life, but the discussion should be “respectful” and “informed”.

He said the story of Australian multiculturalism was new arrivals “rolling up their sleeves and having a go”.

“That has never changed be it the Snowy Mountains workers (from Europe) after World War Two or be it the Hazara Afghanis that are working in local abattoirs around the country as we speak – very good boners, for example – they are here to give their families more opportunities than they had,” he said.

“The humanitarian intake visa category is one of the most entrepreneurial classes of visa category we have. I see new arrivals start working for someone else and within six or 12 months they’ve started their own business.” 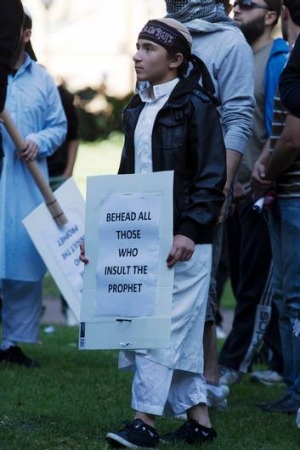 That all sounds great Craig but I think if you were to take a good look at the detail of those figures you might find that in general it applies to all other cultures, ones that are open to moving out into the community, where the men encourage their women and children to learn English and integrate generally, I would like to see any proof that this is the case with Muslims.

Turnbull is a narcissist and a disgrace, who needs to man up, just for one moment be straight, with the Australian people, his team of usurpers are only there for one reason,  stand for only one agenda.

In fact it is the one and same agenda as the opposition Greens and Labor candidates were at least honest enough to stand for at the last Australian federal general election.

An agenda that insists on UN sponsored Open Borders, that ensures a dissolving of our culture and our unique sense of Nationhood in the corporate pursuit of cheap labour, the Imposition of Same Sex Marriage without the consent of the Australian electorate and an imposition of the UN sponsored AGW Climate Change agenda, despite all the evidence that proves the UN IPCC Climate modelling is flawed by assumptions that without any scientific foundation are the core IP in these data models.

My only question to Malcolm is this, do you really think that your adolescent dream to be the Rooster, the first President of the non existent Australian Republic is pre-eminent and all important that it justifies the relegation of so much proven political talent, to serve the purpose of nothing more than your own political insecurity and incompetence in order to placate and indulge the left progressive media.

It might be fun and even self affirming to lead the media and the progressive left to believe you are going to deliver on their ultimate coup de grâce to Tony Abbott along with all those who worked so hard for the Liberal Party, on pre polls, door knocking, polling booths and Scrutineering of Local or Senate counts at the last two general elections, but at some stage you will have to came clean mate.

That is what Australia and Australians are all about, you will have to clarify, or to use the Pub Test, just let us know where you stand.

Are you and your new government mob really all about Same Sex Marriage, Open Borders, forcing us to change for Islamists and following the UN on Climate Change where ever it may lead?

Or are you actually listening to us, the majority of Australians as proven by Tony Abbott, John Howard and even the “Howard Lite” Kevin Rudd and Gillard , who have proven that your lefty progressive Gay, UN, Open Borders agenda has never won the popular vote at a Federal Election despite what polls may have indicated, since 1993.

Get that one up you mate, you have shown you have no integrity, you are nothing but a media pop poll show pony, and you and all who follow you are not only proven weak at the knees nappy wearing political bed wetters, but have awakened the Liberal Party support base to the presence of Green / Labor progressive “Cuckolds” within the party they have supported unstintingly for so many years.

Some of us will be doing everything we can to educate that same dedicated Liberal Party support base on their alternatives in the forthcoming election, to vote National, to vote ALA, or to only vote for a Liberal Party candidate who declares publicly his or her support for the Tony Abbott’s agenda, of Sovereign Borders, a vote on any change to the Marriage Act and No action on climate change unless there is international commitment and integrity to match any action we might take.

Mate as one Aussie to another, just have a good think, you have to be taking the micky, Craig Laundy! for god or who evers sake, surely you can’t be serious.

So what we are all just ignorant sods and this guy really does have something of value to offer, in fact he can offer more in the service of the Australian people than any number of other people you had to choose from?

You are kidding yourself Malcolm, so don’t expect too many of the Liberal Party faithful to come out and work for you come election day.

Enjoy your Dry Whites and lattes with the Fairfax and ABC mob while you can mate , you are an absolute tool.

For more Balanced, Interesting and Informative News and Views from around the world check out http://www.powerglobal.us