“As world leaders sign Paris Accord for the latest pact on cutting CO2 emissions, it has emerged that there isn’t as much urgency about the matter as had been thought.

A team of top-level atmospheric chemistry boffins from France and Germany say they have identified a new process by which vast amounts of volatile organic compounds (VOCs) are emitted into the atmosphere from the sea – a process which was unknown until now, meaning that existing climate models do not take account of it.

The effect of VOCs in the air is to cool the climate down, and thus climate models used today predict more warming than can actually be expected. Indeed, global temperatures have actually been stable for more than fifteen years, a circumstance which was not predicted by climate models and which climate science is still struggling to assimilate.

In essence, the new research shows that a key VOC, isoprene, is not only produced by living organisms (for instance plants and trees on land and plankton in the sea) as had previously been assumed. It is also produced in the “microlayer” at the top of the ocean by the action of sunlight on floating chemicals – no life being necessary. And it is produced in this way in very large amounts.

According to an announcement just issued by the German government’s Leibniz Institute for Tropospheric Research:

Atmospheric chemists from France and Germany, however, can now show that isoprene can also be formed without biological sources in the surface film of the oceans by sunlight and so explain the large discrepancy between field measurements and models. The new identified photochemical reaction is therefore important to improve the climate models.

Global models at the moment assume total emissions of isoprene from all sources – trees, plants, plankton, the lot – of around 1.9 megatons per year. But, according to the new research, the newly discovered “abiotic” process releases as much as 3.5 megatons on its own – which “could explain the recent disagreements” between models and reality.

“We were able for the first time to trace back the production of this important aerosol precursor to abiotic sources. So far global calculations consider only biological sources,” explains Dr Christian George from French lab the Institute of Catalysis and Environment, in Lyon.

VOCs such as isoprene are known to be a powerful factor in the climate, as they cause the formation of aerosol particles. Some kinds of aerosol, for instance black soot, warm the world up: but the ones resulting from VOCs actually cool it down substantially by acting as nuclei for the formation of clouds.

It has previously been suggested that production of VOCs by pine forests could be a negative feedback so powerful that it “limits climate change from reaching such levels that it could become really a problem in the world.”

With the discovery of the new abiotic sea process, the idea that cutting carbon emissions may not be all that urgent is looking stronger.

That’s probably good news, as it has emerged lately that efforts to cut carbon emissions to date are having the unfortunate side effect of poisoning us all.

The new research is published here courtesy of the learned journal Environmental Science and Technology, and as the Leibniz Institute notes: “Because of the great importance this paper will be open access”. ®

Sponsored: The State of Salesforce“

So we have totally natural volatile compounds at least double the assumptions used in climate change models, the actual number of trees on the planet is now measured by NASA as over two trillion when models assume less than 400billon.

Each of these mind blowing oversights or total fuc!<ups is being totally ignored by the Climate Change Cargo Cult, why?

Also each in and of itself would help explain to some degree why temperature rises have not tracked in reality at anywhere near the rates predicted in the climate models over the past 18 years. 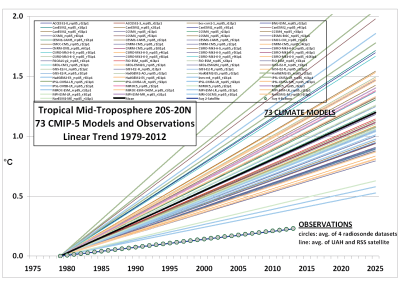 All this adds up to suggesting that not only are the climate models inaccurate, but all the new scientific evidence is pointing in the one direction, that is consistently confirming that there is no reason to rush in now and make commitments costing massive dollars while ruining peoples lives by destroying jobs in the fossil fuels industries.

We have the time to wait, the catastrophic scare campaign has been proved a massive fraud, and more time is needed to further scrutinise the motives and processes behind the politicising of the science on this issue, in the meantime we can improve our sober understanding of the science.

First we must let our representatives signing us up to the UN Paris Agreement, know that they have no right to concede our sovereign rights, our democratic rights are not to be diminished in anyway, do not sign anything.

In fact we expect them to put it to the UN that it has not proved its case for any increased authority to enforce anything as it through the IPCC has continually politicised the science, with coercion and academic bullying while continuing to promote a flawed theory, arrived at by the inclusion of confected scientific assumptions in data models, while at the same time excluding other assumptions that had at least as much if not more basis in science.

It would be interesting to have them explain the connection between the coordinated campaign obviously concocted by a White House and Papacy intent on what is referred to as the political optics leading into the Paris Climate Change conference.

For a start the Popes position is based on what science? or would it be more accurate to say that the Pope’s position has more to do with his historical connection with people like Leonardo Boff and other anti capitalist, anti development, anti liberal, Marxist activists many who attended the 1992 Rio Earth Summit and were involved in a plethora of side functions and presentations where a programme since referred to as Agenda 21 was being promoted as the first steps toward a New World Order.

Is it not true that regardless of the science these people were and still are intent on vesting more and more authority and power in the UN and its structures.

They were fully prepared to play up the less than scientific climate forcing’s that suggested catastrophic global consequences in the short term in order to force a political climate of panic that would deliver the craved climate policy and sustainability “Enforcement Framework” giving the UN jurisdiction over most facets of human life, along with the ability to ignore national boundaries and national policy determinations.

Stop these people signing the “Death Warrant of our Democracy and our National Identity” .