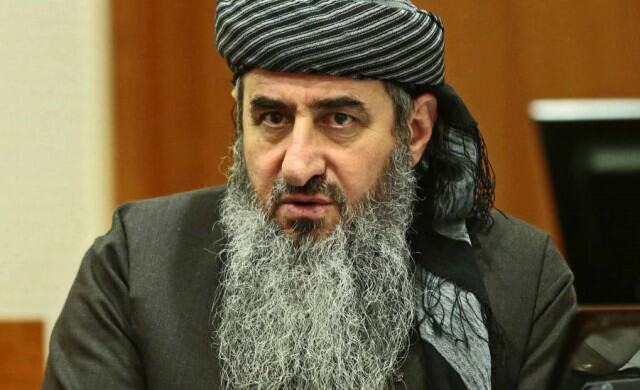 Donald Trump is absolutely correct, Islam and Sharia has no place in a modern Democratic Community.

The United Nations and Human Rights Activists Need to be Held Responsible for the Very Real Threat they Pose to Our Future.

Progressives and their political representatives have to be stopped now and brought to account for being complicit in the incitement of violence, the political exploitation of victimhood, social and cultural alienation, undermining of our community and culture.

Progressives within West Western Democracies whether in the Media, Politics, Government Bureaucracy or Academia have a lot to answer for.

Not only have they conspired with the help of the Dodgy Human Rights Industry and the Treasonous International Socialists at the UN to force our doors open and fill our suburbs and towns, our local community with the followers of this poisonous Islamist creed.

Worse still when we have the temerity to wake up to what they are up to, stuffing our electoral districts full of a foreign and illegal Medieval Religious Mafia and its leagues of loyal soldiers, they malign and insult us by calling us racists and bigots for showing any concern.

To all who consider themselves progressive and think that western Judaeo Christian values and capitalism are the biggest problem on this earth. I ask you to take a good listen to this guy and then have a good hard think.

Islam does not move in to your city or community to assimilate and become part of your or our society.

If you consider yourself an atheist, are gay or as many are understandably caring of your gay friends or family members just being treated with respect as members of our society.

If you are genuinely concerned about important issues such as domestic violence, decency and respect for women.

You might just realise that gay marriage and some of the more extreme claims, the expectations of the feminist and gay lobby or the stupid UN and Progressive Political claims that Climate Change is the greatest moral challenge of our time, just listen and think what mass Islamist immigration will really mean long term, to your community,  your children and grandchildren’s future.

If you have no real understanding of Sharia and what it means, then I suggest you take an interest.

Look into it, because every one of you who considers yourself a lapsed catholic, or non practicing Christian, let alone an atheist, really should understand that in a Muslim community or all Muslim enclaves even those existing now within our own western democracies they practice and observe Sharia.

Progressive political obsession with multiculturalism encourages this adherence to separate cultures, and within Islamist culture abandoning your faith is known as becoming an apostate, for any member of an Islamic community that is considered a crime, it is seen as dishonouring Allah.

Both your family and the Islamic community has a responsibility to either change your mind or alternatively they are duty bound to kill you, don’t listen to me, listen to the Muslim Imam, the cultural authority on Islam.

So what is a simple freedom taken for granted by those who reject their Christian or Jewish faith, is no simple matter for a Muslim, whereas for Christians and Jews in the west it is a very normal and acceptable part of life.

As for the treatment of women and gay people, again Sharia is uncompromising, women are considered little more than chattels or prise breeding livestock, a woman’s or her families proof of her virginity is the all important key to her value, their is no consideration of equality, gays are considered an abomination to be trivialised, tortured and murdered with no more consideration than a lame stray animal.

Do your own research, don’t take my word for it, but don’t be so naïve as to believe what you hear in the media either, it is your future and my future and the future of the community we have and our children’s future, regardless how imperfect you think it might be right now.

Next time you hear someone being shouted down as being racist or a bigot just because they have concerns about increased Islamist immigration, take some time out to pause and think, could they have a point.

Don’t we have a basic right to freedom of speech in a democracy, the purpose being to discuss and debate these issues that are of honestly held serious concern, an issue that could potentially have more far reaching and disastrous effects on our community and our quality of life than Global Warming, in a much shorter time span.

Within the next twenty years Climate change, equal pay for women or gay marriage might just be the least of our and our children’s concerns.

I will just leave you to think on that for a while.

Clinton War Threat: Only Trump Can Work with Putin to Save Christian Democratic World.

The Muslim Threat: “We Have The Right to Kill Anyone Who Does Not Respect Islam” Got That ?

Trump: “Keeping The Dream Alive”, The Promise of a Safer, Better Future for all Americans

63 thoughts on “The Muslim Threat: “We Have The Right to Kill Anyone Who Does Not Respect Islam” Got That ?”