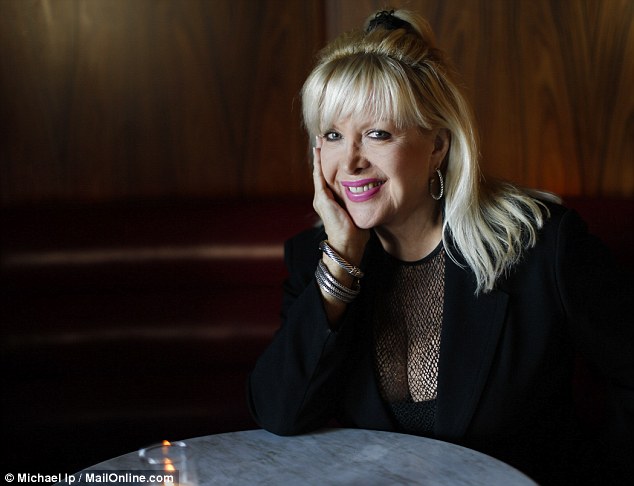 “When rumours surfaced recently of an affair between Hillary Clinton and her transition office chief, Huma Abedin, 37, Gennifer was not surprised”

Questions a Professional Journalist would ask;

Did the Clintons employ White House and State Department Staff for Sex?

“Nixon Cover up was worse the than the crime, the public rewards honesty, if Huma is Hillary Clinton’s Lesbian Lover then the Media owes Donald Trump and the American people an apology.”

EXCLUSIVE: Two decades after her affair with Bill Clinton, Gennifer Flowers reveals they’d be together now if it wasn’t for Chelsea and how former president confided in her that Hillary was bisexual

Their 12-year affair made Gennifer Flowers one of the most high profile mistresses in America. 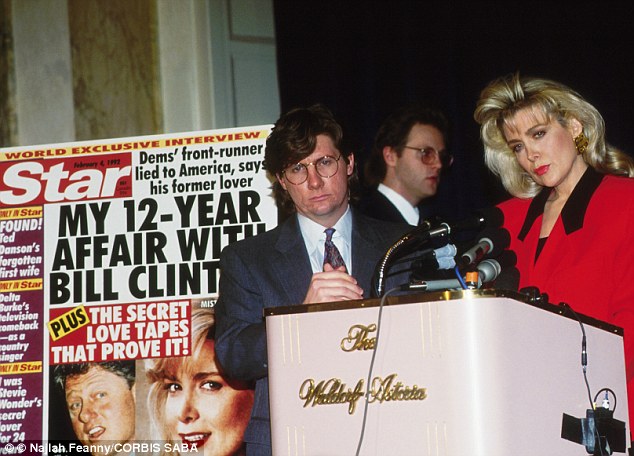 Now, two decades after they split amid scandal, the former news reporter from Little Rock, Arkansas wants to ‘sit down and talk’ with Bill Clinton.

In an exclusive interview with MailOnline, Gennifer hass poken of her deep regret at turning down Clinton’s pleas to talk some eight years ago and revealed her belief that they would still be together today, were it not the birth of Clinton’s daughter, Chelsea.

She said: ‘We have some unresolved issues that it would be nice to sit down and talk about now.

As well as speaking candidly about the affair and its ongoing impact on her life, Gennifer has released previously unseen images from her Penthouse shoot to Mail Online.

She was featured in the magazine’s December 1992 issue.

By then all lines of communication with Clinton had been severed and she had no contact with him for 13 years when he called out of the blue.

She said: ‘He called me back in 2005 in New Orleans. He wanted to put on the hoodie and jog on over like he used to.

‘First I was just shocked. He was so adamant about wanting to sit down and talk to me in person.

She said: ‘I was scared. It wasn’t that I didn’t want to seehim in my heart of hearts.

I was just afraid.

But there’s going to be an attachment forever.

‘If we had the opportunity to sit down and visit with each other in person, I’m not saying the romance would be rekindled but we will always have something.

‘Bill and I would be together today if it wasn’t for politics. It was me, Bill and Hillary.

Then they had Chelsea and the stakes got too high.’

World Media not doing its job, should be asking for the truth of what goes on between the Clintons and state funded employees

It is 21 years since Gennifer’s allegations of along-running affair with then Democratic candidate Bill Clinton became the most sensational event of the 1992 campaign.

The Madonna of Little Rock, Arkansas: Gennifer Flowers at the time the scandal of her affair with Clinton broke

On 23 January 1992 tabloid, The Star named Gennifer as Clinton’s mistress. Three days later he and wife Hillary appeared on 60 minutes, side by side, flat denying the claim.

Six years later Clinton admitted to having sexual relations with Gennifer ‘one time’ in 1977 in his deposition to lawyers representing former Arkansas State employee Paula Jones in her sexual harassment lawsuit against him.

By then Flowers was already well and truly defined by thescandal which had made both her, and Clinton, household names.

Apparently driven on by the belief that the ‘truth will setyou free,’ she proceeded to tell her story in a best-sellling book and pose for Penthouse magazine.

Penthouse alone reportedly earned her close to $1million in the aftermath of the scandal.

‘Ask Mistress Gennifer’ will run daily on  https://filthy.media/ –a site devoted to the archives of Penthouse publisher, Bob Guccione.

The haul is part of a treasure trover discovered by businessman Jeremy Frommer after he bought Guccione’s archives.

Demonstrating something of the playfulness that saw hersnare the then Governor of Arkansas she said: ‘I’m going to have to thank Bill for some of the advice I’m going to be giving.

‘It will be based onexperiences I had with him.

She added: ‘I wish he would write to me.

‘He could do it. People don’t have to send their name.

‘Really he taught me a lot.’

Clinton, now 67, also shared a lot of intimacies regarding his marriage to Hillary.

They left Gennifer in no doubt that the union is far from ‘traditional.’

She said: ‘What they have is very strong.

‘It obviously worked for them but I’ve never considered theirs a traditional marriage.’

When rumours surfaced recently of an affair between Hillary Clinton and her transition office chief, Huma Abedin, 37, Gennifer was not surprised.

The rumours concerning Huma, wife of disgraced former Mayoral candidate Anthony Weiner, 49, emerged as she stood by her husband in the wake of his recent ‘sexting’ scandal.

Revelations that he had sent intimate pictures of himself and steamy messages to 23-year-old Sydney Leathers – a girl he had only ever ‘met’ online – finally did for his New York Mayoral campaign last week.

The scandal broke almost exactly a year after the shamed Congressman suffered a public mauling for the same behaviour. Then, as decently, his wife Huma Abedin stood by him.

This time round Huma’s loyalty raised eyebrows and questions over why a woman of such accomplishment would stick by a man so apparently incapable of change. 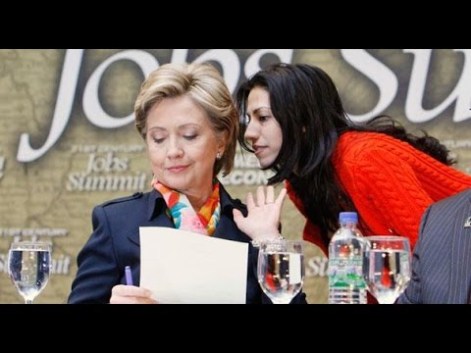 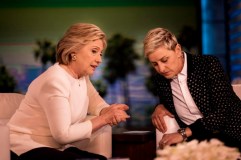 BURBANK, CA – Democratic Candidate for President former Secretary of State Hillary Clinton talks to and relaxes with comedian Ellen DeGeneres between segments during the taping of an upcoming Ellen DeGeneres Show in Burbank, California on Tuesday May 24, 2016. (Photo by Melina Mara/The Washington Post via Getty Images) 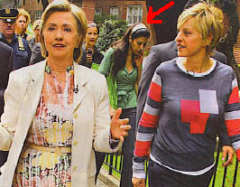 ‘I would love to see a woman president. 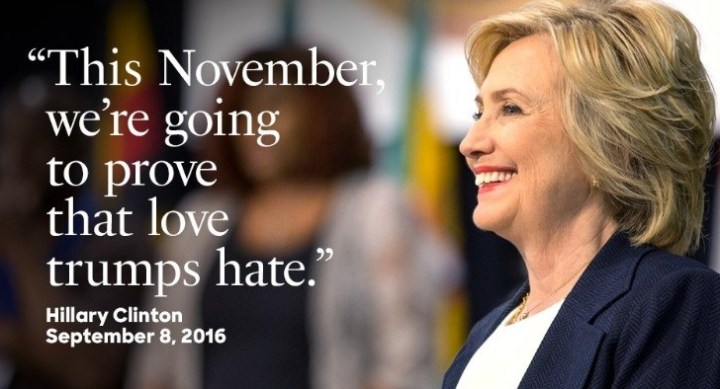 ‘And she seems to be the only one that’s getting close to it.’

According to Gennifer, the promise of the Presidency for herself one day was what bound Hillary to her faithless husband across the years. 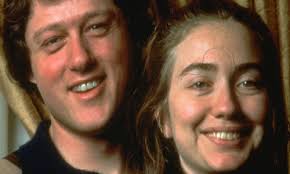 She said: ‘Absolutely that was her reason for sticking by him and he’s going to stick by her because he owes her that.

‘I would have thrown his clothes out on the front lawn but that’s just me.’

Reflecting on her affair with Clinton she said: ‘The whole experience changed my life forever and everything went in a different direction.

‘I don’t regret telling the truth. It was a defining moment in American culture absolutely.’

The only difference now, she said, with advances in technology Clinton would have been unable to deny the affair as he did for several years.

She said: ‘I had recorded telephone conversations thank God.

But if I hadn’t had them and Monica [Lewinsky] hadn’t had that blue dress we would have been cast out as crazy stalkers.

‘I think today Bill and I would have texted every opportunity we got. So I would have had tons of texts from him.’

She also believes that they would be together today were it not for the birth of his daughter, Chelsea, in 1980.

She said: ‘for a long time he was able to have it all. Then when they had Cheslea and he became Governor the stakes became higher.’

She has been engaged ‘a couple of times’ since her divorce in 2005.

She lives in New Orleans and sings regularly, though no longer owns the cabaret club where she used to perform nightly.

That’s who I am today I’ve had the opportunity as time has gone on to put things in their place in my head and move forward.

‘But,’ she admitted. ‘I’m still affected by it, the Clintons in some way every day and every day something happens that sparks a memory.

‘It was a defining moment in American culture absolutely and to an extent I paid a high price for my honesty.’

One thought on “CLINTON RAPE: Bill Clinton Told Me ‘Hillary Had Eaten More Pussy Than He Had’; Gennifer Flowers”