KILLING CHILDREN CAN NEVER BE EXCUSED

They were kids enjoying music in the company of other kids.

Perhaps that is the better definition of what we might call a “terror attack”: an attack that bears no relationship to sanity or logic as we understand it, assuming you view individuals as things worthy of the protection of our law.

It’s not yet immediately clear who is responsible for this atrocity, yet it almost doesn’t matter, although we probably do have some good working theories and if the celebratory tweets sent out by Islamic State propagandists is anything to go by, some theories are better than others.

We like to think of Islamism as being a construction of order, with a hierarchy that mirrors our own, and with a capacity to arrive at some negotiated position if it comes into conflict. But the moment we do that we miscategorise what it is that Islamism actually is.

It is a radically different moral framework for confronting the world, one that comprises of allies and enemies, one in which the achievement of Paradise is most assuredly brought about through the physical destruction of the enemy. It is not without order or form, but it is not an order or form that is grounded in the ethic of individual worth as we understand it.

It has no Pope, and so cannot move monolithically. Theological evolution is no simple task and it is often the case that a local imam’s idiosyncratically moderate interpretation of Islam has little relevance outside of his local community.

Even then, moving the religion itself requires leaving a significant amount of theology at the door, or radically re-understanding it in a way that has simply not occurred for the most part of history.

Terror attacks that we uselessly describe as “lone wolf” attacks require us to suspend everything we intrinsically understand about ideologies of this nature. They no more need people to spread than they do organisations. 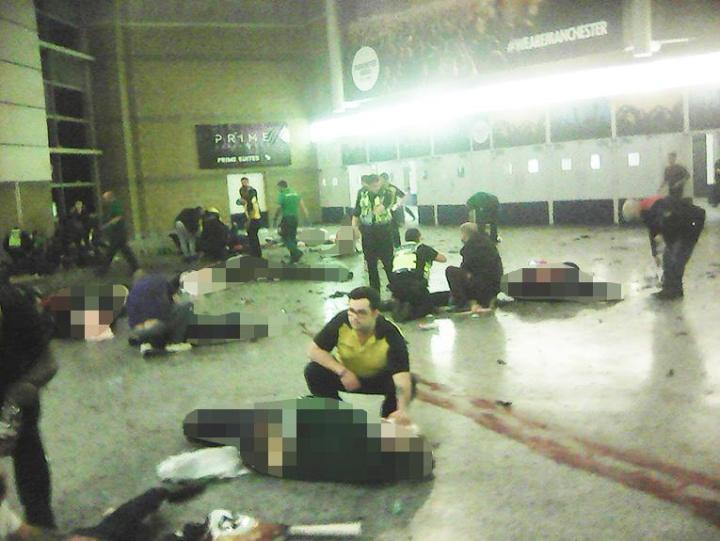 There may not be some traceable master-servant relationship, but there is, of course, a theological one. People looking for evidence of communication between a militant and a warlord seem to be barking up the wrong tree. How many more times does this have to happen before we stop providing excuses they’re not asking for or rationalisations that don’t fit the pattern?

There is a method in these attacks that is replicated across time and space. The notion that they bear no relationship either to each other or to a broader ideology is simply wrong. Jihadist terror is a war tactic pulled out of an ideology of death.

Jihadists understand how to manipulate our institutions because they understand our moral code and know that we don’t really have a strong ideological framework to repel bad ideas because, quite understandably, we’ve come to view traditionalist ideology or more specifically religion as the root of evil.

As we constructed liberalism we failed to construct walls around it that enabled it to defend itself from illiberal ideologies like communism, fascism and, in the modern sense, neo-Marxist critiques on Western culture.

John Stuart Mill’s conception of harm expanded to fill all corners of our politics and, when the Millian harm principle combined with Marxist and neo-Marxist power analysis, we began rectifying harm where it debatably didn’t exist, began categorising whole groups of people as innately harmful along lines of power-identity and sought policy prescriptions that look sensible on paper but prove wildly and capriciously totalitarian in practice.

Who but a sociopath can possibly argue that reducing ‘harm’ at a group level might have some bad, unforeseeable consequences, right?

Individuals have worth irrespective of their beliefs – and aside from other twisted ideologies the West has sought out in the last hundred years, this idea of worth is a concept that is ancient and enduring but by no means self-evident.

It’s almost an accident of history that the notion of the individual holding sacred worth was not obliterated by war ideologies that venerate a race, a state or a theocrat. God knows there have been opportunities aplenty.

Nazism did it in Germany. Communism did it in Soviet Russia and Maoist China. Islamism and jihadism does it today in many parts of the Middle East.

This is what we really find so wickedly difficult to understand about Islamist jihad – we appeal to it from a moral language it does not speak as an enemy it is sworn to destroy. This is not some melodramatic construction of its position; it should be plainly obvious this is the case.

If Manchester isn’t good enough, is Paris and Manchester?

Is Orlando, Paris and Manchester?

How many more times do we need to see these exact things play out before we are comfortable making some sort of system-wide claim about jihadism and the ideology that motivates it?

That’s before we even get to policy prescriptions (and good luck to mainstream politicians who try to get to that stage).

We need to stop thinking of these terrorists as the downtrodden and the powerless.

They are often not at all economically poor and, in many instances, much more spiritually rich than us.

The ideology that allows them to commit group murder against children, or celebrate when it occurs, is not an ideology that can be confronted with compassion and understanding, especially when our version of compassion is so thoroughly intertwined with simplistic notions of power.

It is a very peculiar, demented form of moral relativism that says someone’s power position is the only category worth considering in relation to their capacity to do good or, as the case may be, evil.

We are often told by well-meaning people following terror attacks that we can’t let it change us.

We must insist it change us because we need to have answers for the families of these kids, and we need to demonstrate that we are at least psychologically honest enough to confront what it is we are dealing with when we see jihadist terror.

Jihadists are clever and their ideology is sophisticated.

It understands how to manipulate power and use victimhood to keep us asking profound but irrelevant questions while it pursues evil.

Carl Jung once observed that in order for human beings to be truly good we must understand what we are when we are truly evil and give ourselves mastery over it.

It seems to me that our modern Western societies have become far less acquainted with our nature and the power that totalitarian ideology like Islamist jihadism can have over a group of people.

If we want to keep our principles, and they are principles worthy of defence, we have to understand where they make us weak.

Mitchell Goff is a unionist and member of the Australian Labor Party.

TRUMP STEPS UP, DESPOTS ARE ON NOTICE, THE GAME HAS CHANGED

RYANO CARE was never an option, what part of REPEAL AND REPLACE do they not understand?

IF BRITANNIA HAD BALLS: SHE WOULD WALK 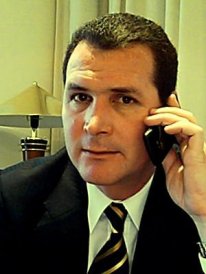 POWERGLOBAL: The Voice of Reason, Telling it as it is
Enjoy Balanced, Interesting and Informative News with Common-sense Opinion. http://www.powerglobal.us

5 thoughts on “MANCHESTER MOURNS THEIR CHILDREN: WE MUST DEMAND REAL LEADERSHIP, THE FIRST PRIORITY OF GOVERNMENT IS TO PROTECT LAW ABIDING CITIZENS, ELSE GET OUT OF THE WAY”